Today we were treated to some of the most special sights of the Arctic: polar bears and northern lights! We woke up in an area with lots of sea ice and one of the scientists commented, "this seems like prime territory for polar bears." Shortly after, somebody on the bridge caught sight of a polar bear and notified the rest of us. As we wandered out on the deck (in varying states of wakefulness), we admired how the bear survives in this cold habitat.

Later in the morning, we were sitting around in the board room, chatting about the polar bear and heard another announcement over the PA system, "polar bear on the starboard side." We glanced at each other and quickly streamed outside to have a look. "Do you see it?" "No." "Do you?" "No." We looked at each other confusedly. Another announcement, "actually, polar bear on the port bow." We followed each other onto the bow of the ship and lined up along the rail. There it was: a mama polar bear with two cubs! At first the cubs hid under their mama's belly since they were (sensibly) scared by the massive and loud ship, but as we passed by, their curiosity won out over their fear. These cubs carried special significance for one of our scientists: the first time that she saw a polar bear with two cubs was the same year that she became pregnant with twins. Today was the second time she saw a mama with two cubs and guess what? It is her twins' birthday.

As if all of that excitement wasn't enough, at around 4 am, the members of the night shift went out on deck to find the northern lights. With a loud knock on the door, the rest of us crawled out of bed to gaze at the dancing lights in the sky. 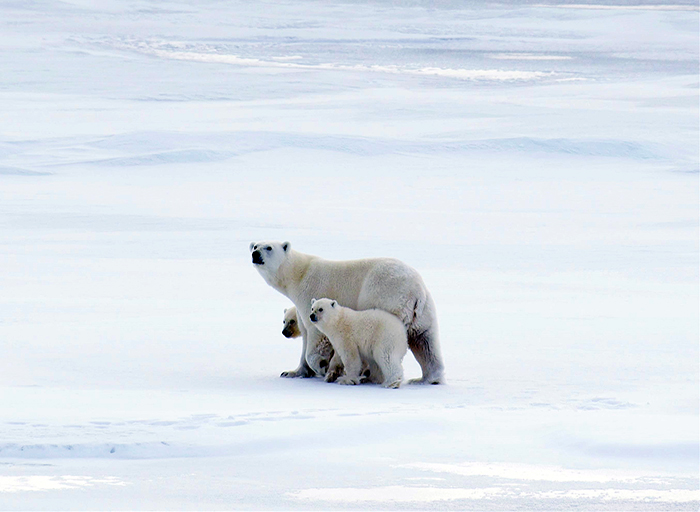 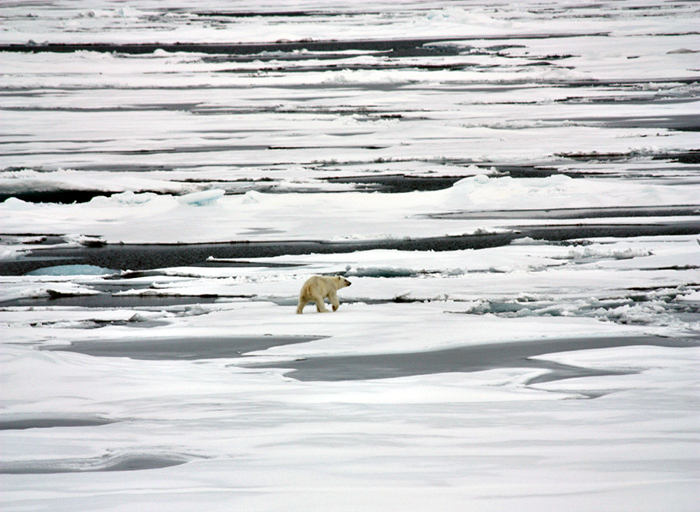 The first polar bear in a patchwork of ice and open water. (Susie McLatchie) 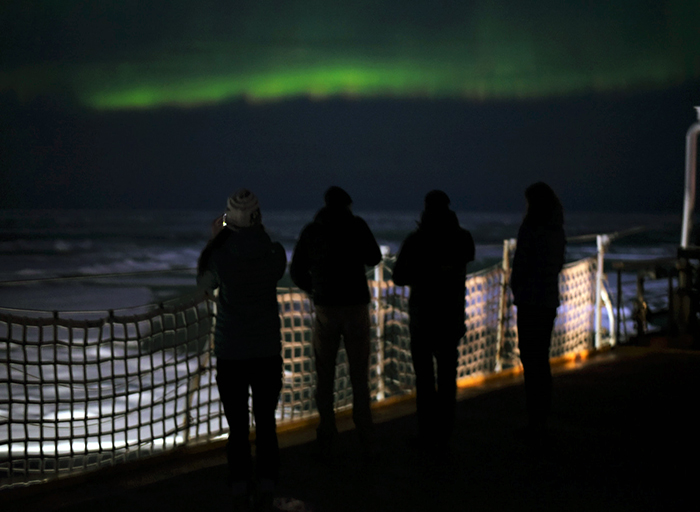 Viewing the northern lights at 4 am from the helicopter deck. (Hayleigh Shannon)