As we make our way across the Beaufort Sea, the air temperature and the number of hours of sunlight per day have been dropping and with that comes the arrival of the new seasonal sea ice. Sea ice differs from icebergs and lake ice in that it is made of frozen sea water rather than terrestrial freshwater.

Freshwater freezes once it reaches 0C. Seawater, however, freezes differently than freshwater due to the presence of salt. Salt water gets denser as it cools causing it to sink, and rather than freezing at zero degrees Celsius it freezes closer to -1.8C, depending on its salt content.  As the cooling seawater sinks it drops away from the cold surface air that is driving the freezing process.  This water sinks until it reaches water of the same density.  During this cruise, where new sea-ice is forming all around us, we see this surface water has mixed down to 20m.  This will deepen as the winter progresses.  In places like the Labrador Sea where the surface water is saltier, cooling the water can cause it to sink over 1000m.

As the sea water freezes, fine crystals are formed called frazil. The frazil rejects the salt, leaving the ice nearly fresh at this point. Undisturbed by wind or currents, the frazil floats to the surface to form grease ice, named for its similar appearance to a greasy film. If undisturbed by wind and waves, the next stage of development is a thin, elastic, dark (due to its transparency) sheet called nilas. However, in the presence of wave action, the growing new ice may become slushy and form into a collection of small rounded floes of between 30cm and 3m in diameter called pancake ice, named for its similarity in shape to – you guessed it - pancakes.

As the ice continues to grow it moves in appearance from grey to grey-white and finally white when it reaches a thickness of about 30cm.  It can achieve this within as little as ten days in the coldest parts of the year, but as it thickens it becomes increasingly insulated from the cold atmosphere thus slowing its rate of growth which occurs on the underside. The maximum thickness that level sea-ice can attain in one season of growth is about 2m.

In the absence of large-scale horizontal movements, sea ice would grow in vast featureless sheets of uniform thickness; however, wind and currents make this scenario a rare occurrence. Instead, ice floes get pushed into each other creating rafted and ridged features. The former occurs when one level sheet slides over top of another, the latter when one sheet buckles at the point of impact into a meandering pile of rubble similar to the way mountain ranges are created only much more quickly. These ridges accumulate to significantly greater thickness than the surrounding level ice quite commonly extending to 20m draft and on very rare occasions in excess of 35m! 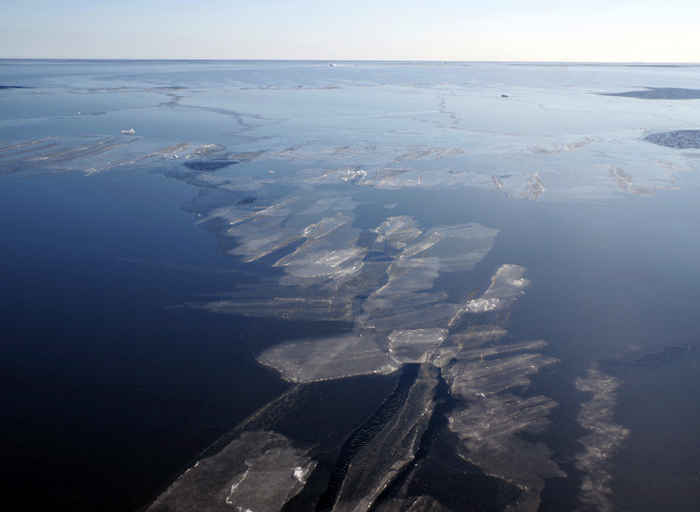 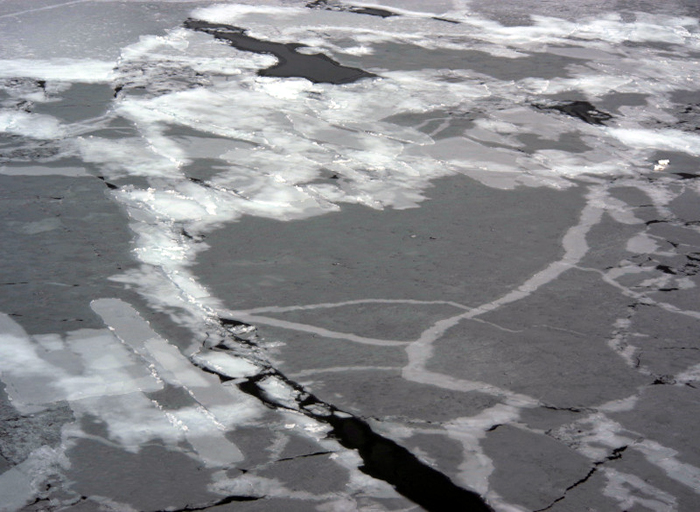 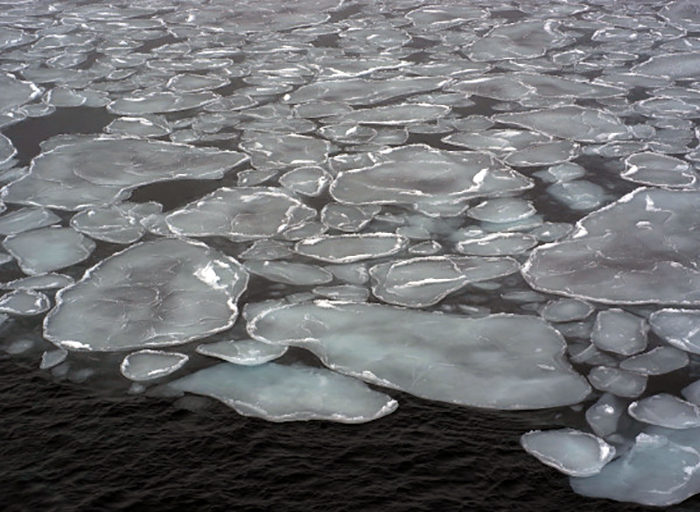 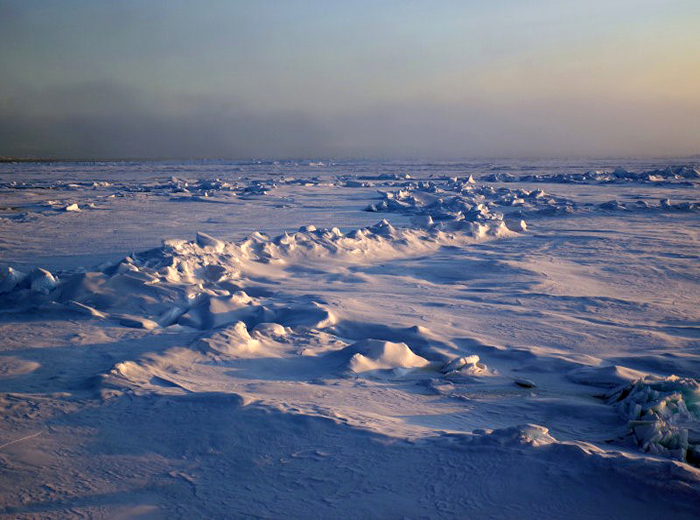 The prevalence of ridging. (Dave Riedel) 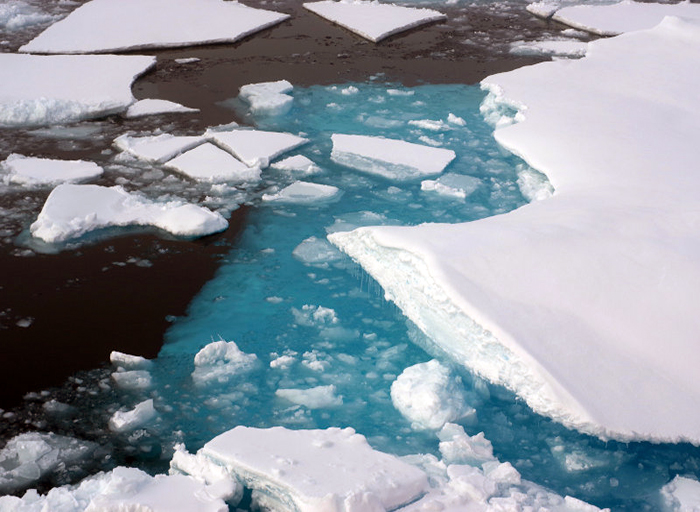 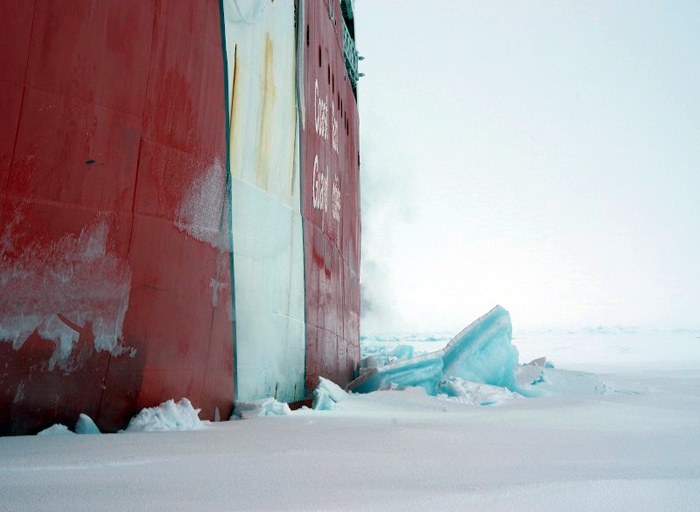 The Louis S. St-Laurent after breaking its way into a pan of multi-year ice. (Dave Riedel)