"Iceberg dead ahead!" shouts the lookout in the movie Titanic. Everyone knows how that ended, but how did it begin?  Where did that iceberg come from and what is an iceberg, anyway?

Icebergs are formed when pieces of glaciers adjacent to the ocean break off and fall into the water.  If the water is deep enough they float away to become beautiful ocean sculptures and shipping hazards until they melt in warmer more-southerly waters. Having formed on land, icebergs consist of freshwater ice. They are hard and homogenous (all ice, no gaps) and they float with about 9/10ths of their volume beneath the surface.

In the Eastern Arctic, where the Louis S. St-Laurent sailed north through Davis Strait and Baffin Bay before turning west into Lancaster Sound, the icebergs the scientists and crew observed originated most-likely from the Humboldt or Petermann Glaciers on Greenland. They would have been floating south from the Kane and Hall basins, respectively, over the past 1-2 years. As they float southward, icebergs melt and become unstable eventually tipping over to re-balance.  The previously underwater portion can have interesting shapes including 'coves' and 'tunnels'.

So, is all the ice in the Arctic an iceberg? Definitely not! Icebergs make up a very small fraction of the Arctic ice. The vast majority of it is sea ice; that is, ice made from frozen seawater. This ice forms in the Arctic each winter and covers most of the ocean from the Arctic circle to the north pole. The JOIS program will encounter sea-ice later in the expedition. Be watching for a dispatch or two on that topic. 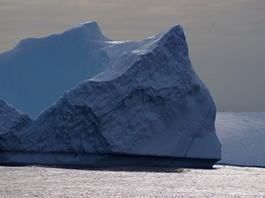 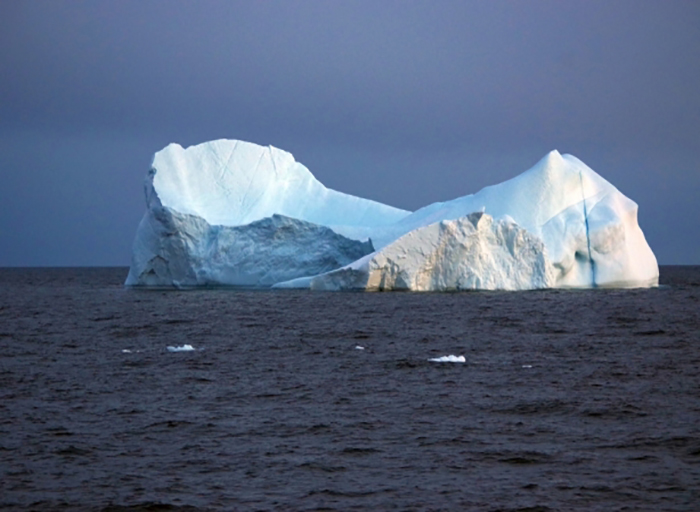 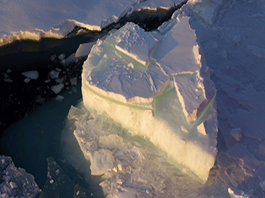 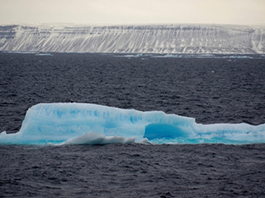