Today started off with thick clouds, some wind, and the occasional few snow flurries (or sleet), like many of the last few days. Our return trip brings us from the Canadian Arctic Archipelago into Foxe Basin and back to St. John's via the Labrador Coast (practically a full circumnavigation of Baffin Island). A narrow passageway (only 2 km wide at its minimum) connects the Gulf of Boothia in the Archipelago with Foxe Basin and eventually to Baffin Bay, although it is wider than Bellot Strait which we passed a couple of days ago. A year and a half ago, during my PhD comprehensive exam, I was asked the name of exactly this passageway. At the time, I blinked and had no clue, "...Hudson Strait?" I knew it was wrong, but figured I should guess something anyways. Well, readers, it's called Fury and Hecla Strait, and I don't think I'll ever forget that again because today we travelled through it! As we passed through, the clouds parted just enough to see how close the edges were. Swift water ran alongside the ship with rapids and whirlpools visible further off. The ship travelled with all engines on and even so, we only reached 12 knots speed working against the currents.

As the analysis of samples wraps up, but before the packing sets in, we host a Science “Open House” with tours through the labs.  We see the crew every day when we all eat in the mess, and the bridge and deck department participates in all the over-the-side work, but here everyone can come in and see what happens on the “inside”:  what shows on the computer during the rosette cast; what happens when the rosette gets rolled into the shack; and what happens to the samples when they go off to the labs in their test tubes and glass flasks. 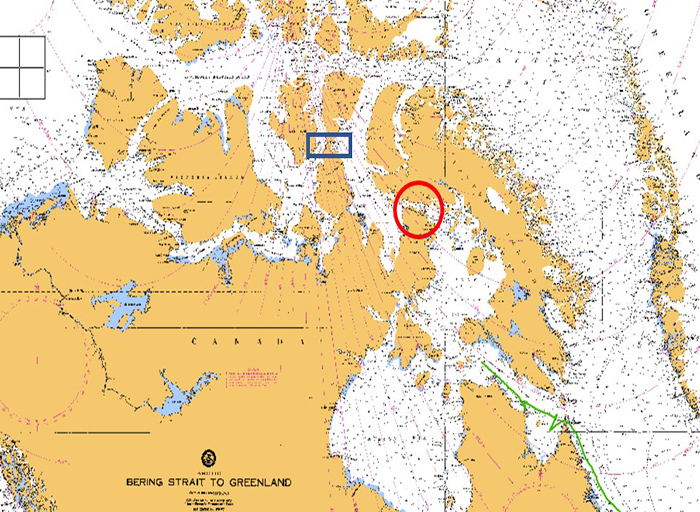 Fury and Hecla Strait circled in red, and Bellot Strait inside the blue square, are the two passageways traveled by the ship on its way home through the Canadian Arctic Archipelago. 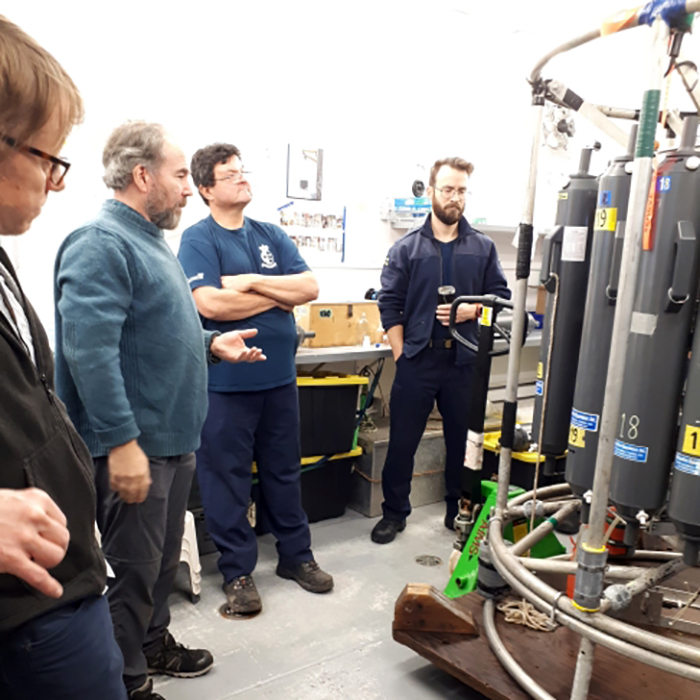 Mike Dempsey talks about the rosette during the Science Open House. (Sarah Zimmermann) 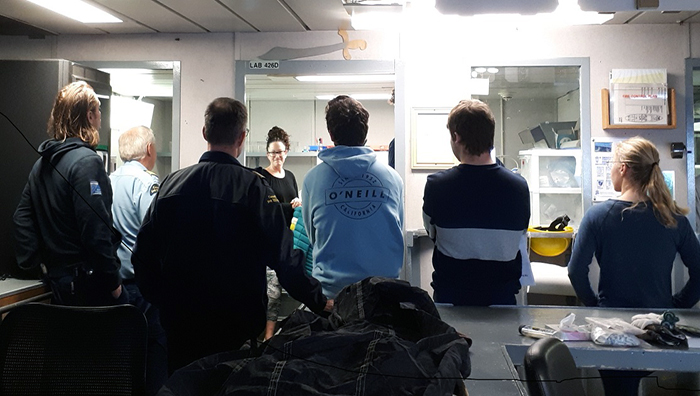 Sarah Ann Quesnel explains why and how we measure nutrients on another stop during the Open House. (Sarah Zimmermann) 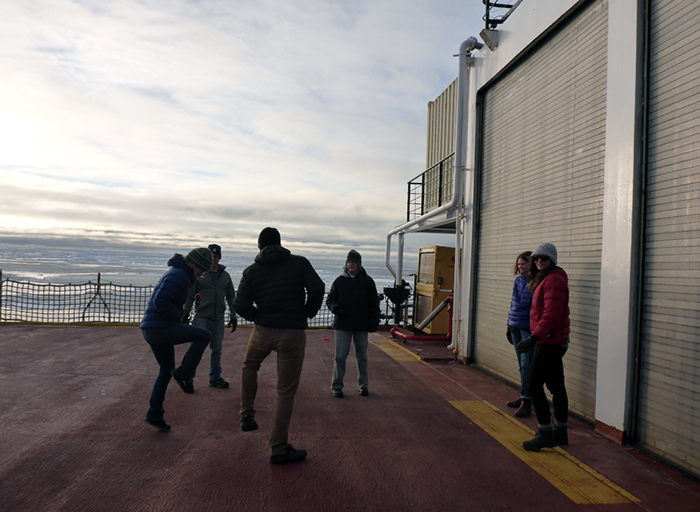 Break time and a game of hacky sack. (Nina Nemcek)