Today we retrieved buoys from the sea-ice that were deployed two years ago about 500 miles to the north. These buoys were done collecting measurements, but continued to transmit their location every hour to help us find them. Due to the strong winds earlier this week, the sea-ice was drifting about 10 miles a day.  The hourly updates were needed, especially in the ice-fog to help in this buoy scavenger hunt.

As we reached the most likely position of the buoys (estimated based on the drift direction from the last known location), a group of scientists and crew gathered on the bridge, scanning the horizon in the hopes of spotting a yellow shape. Jane Eert was the first one to spot a yellow square, which turned out to be the ice-tethered profiler we were searching for.  As we looked around, four more buoys of various types were spotted: a Seasonal Ice Mass Balance Buoy, an Autonomous Ocean Flux Buoy, a Weather, Wave, Ice Mass Balance and Ocean Drifter, and an acoustic communication buoy.  Each one ran independently, communicating its data via satellite, and together they built a clear picture of surface and near-surface physical processes at work with weather stations in the air, the measurement  of heat transfer (flux) between air, ice and ocean with growing and melting sea-ice,  the measurement of  water motion due to waves, currents and turbulence in the 50m under the ice.  It was a remote laboratory, making daily measurements and reporting them to shore.

The buoys were part of a different research program, put out on an ice floe in Sep 2018.  We were impressed by how well the floe survived, currently 2m thick as the ship cracked open the ice and broke the protective pressure ridges to release the buoys in their roughly 200m wide cluster.   The recovered buoys will be useful for the equipment designers to review how well the equipment lasted or what can be improved on, and many of the components can be reused.  Of course, with their data collection mission over, its good to have the scientific gear removed from the ocean. 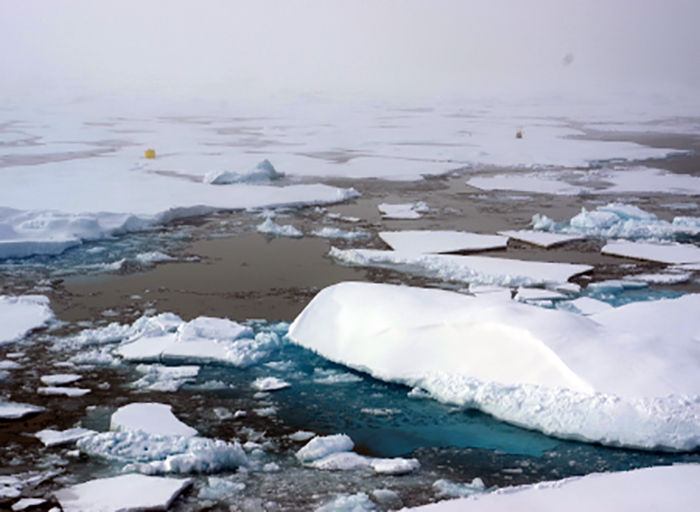 The buoys are spotted through the fog. (Dave Riedel) 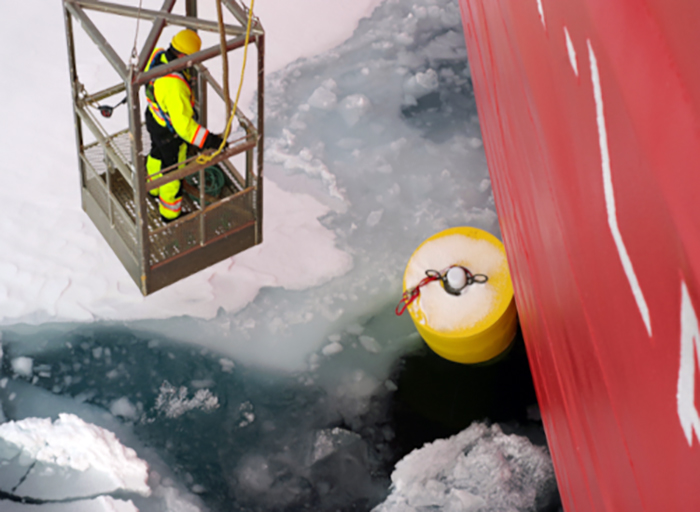 Crew member attaching a line to the buoy. (Dave Riedel) 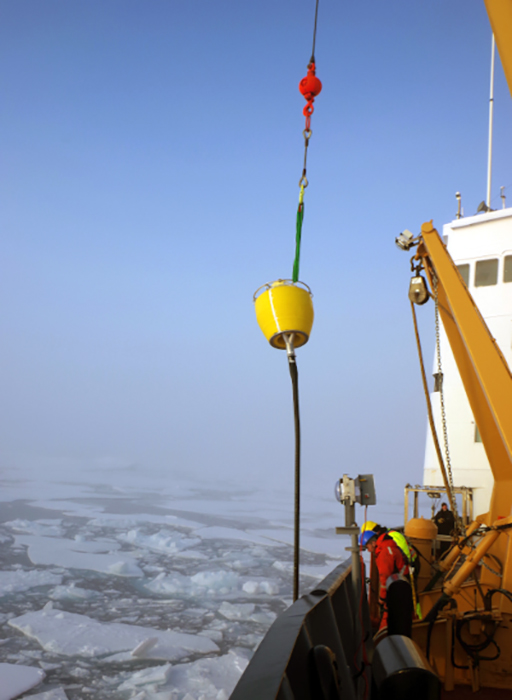 Bringing the buoy back on board. (Dave Riedel) 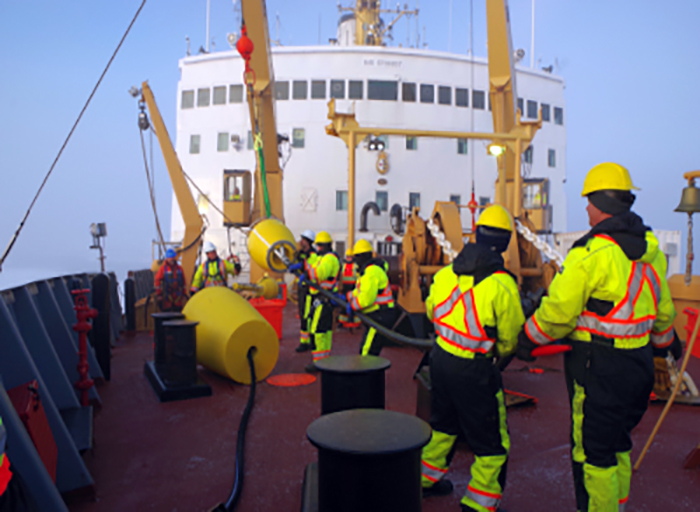 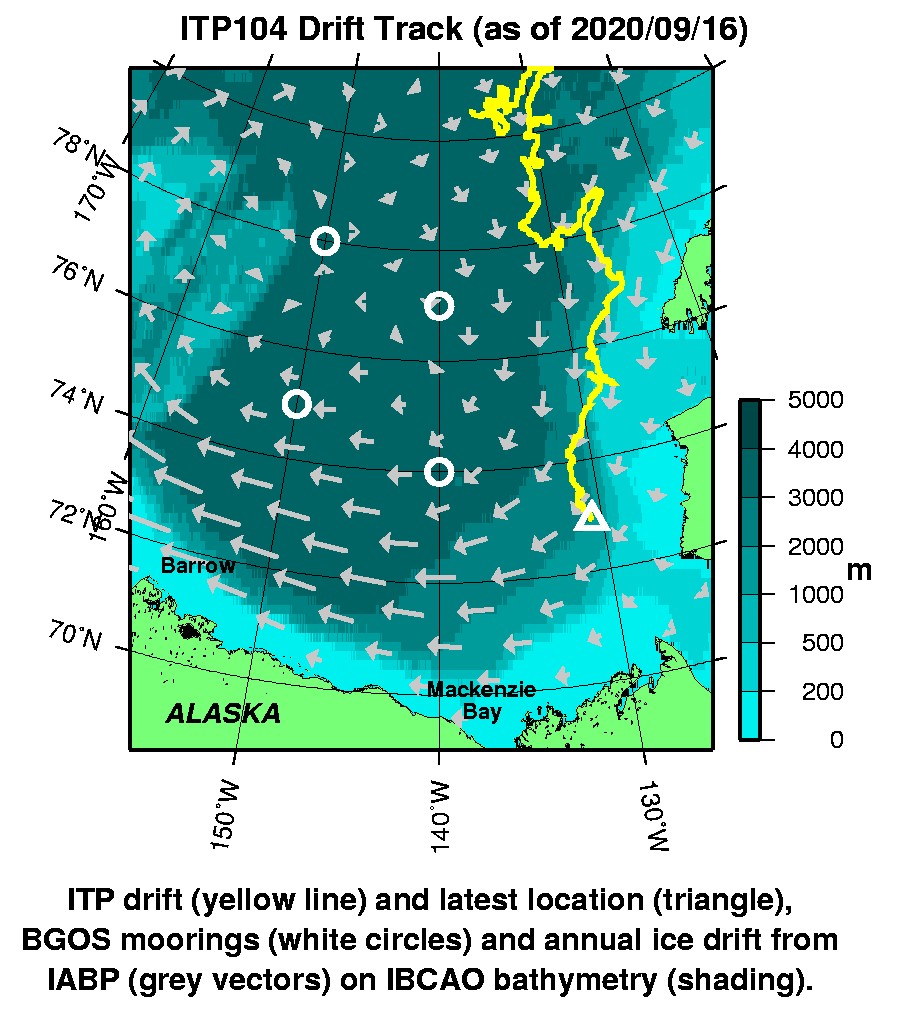