Dispatch 20: Barreling through the Barrow Line

After receiving permission from the Alaska Eskimo Whaling Commission in Utqiagvik (Barrow) and the Whaling Captain in Nuiqut, we made our way towards the Barrow Line – a series of eight stations that run up the continental slope towards the northern coast of Alaska. The productive water that passes through here originates in the Pacific and having made its way through the Bering Strait, will continue along the shelf and into the Canada Basin.  The first of our stations starts at 3500m with each following station 500m shallower.  The slope gets quite steep and the distance between stations range from just 2 to 10 nautical miles apart, making the time between stations very limited as the sampling team scurries around filling sample bottles from the rosette.  Despite two of these eight stations being CTD-only with no water samples, the team still managed to collect a total of 861 samples!  Bongo nets were used at every second station to collect zooplankton – this is where the productivity of these waters could really be seen.  In addition to the rich volume of chaetognaths, as well as amphipods, copepods and euphausiids, the green sticky cells of phytoplankton filled the nets and sample jars.  This eventful line took 17.5 hours to complete and was a collaborative effort by all science crew as well as many of the ship’s crew operating winches and communicating transit times between stations. 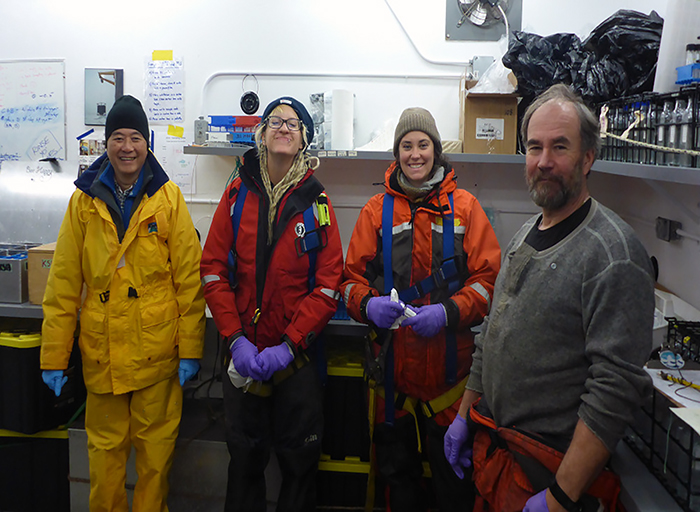 With the support of both all science and ship crew, the science night shift was able to complete the Barrow Line overnight. From Left to Right: Edmand Fok, Jasmine Wietzke, Kim Bedard, and Mike Dempsey. (Nina Nemcek) 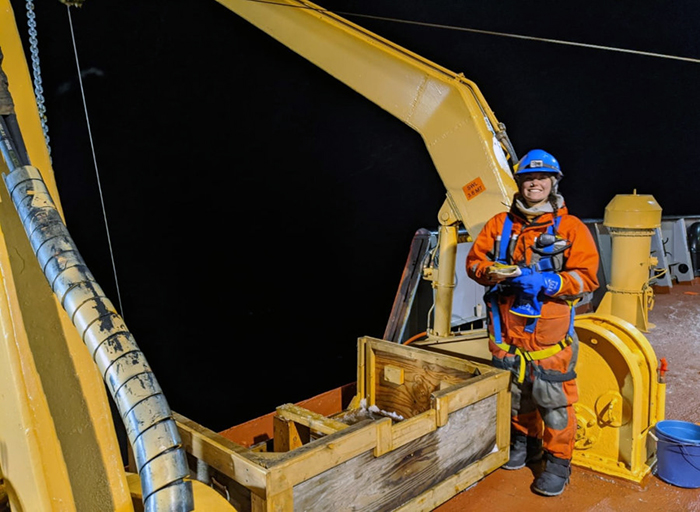 Kim Bedard during one of the overnight zooplankton tows on the Barrow Line. (Jasmine Wietzke) 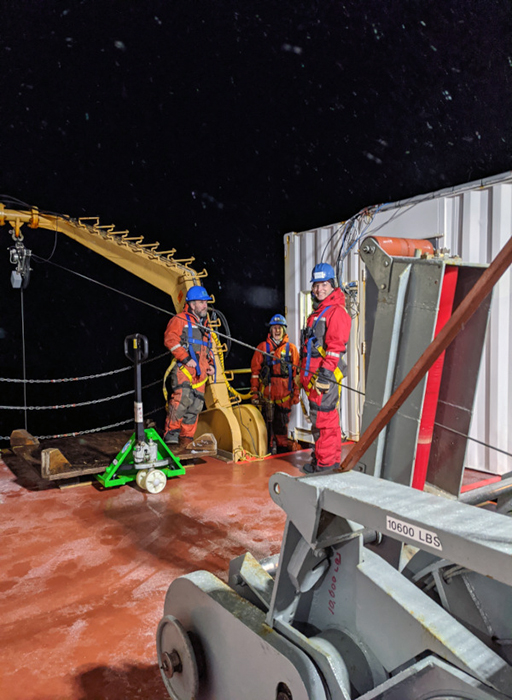