The rapidly growing fleet of Soviet icebreaking vessels was also opening up the Arctic. The icebreaking steamer Sedov was used on two research expeditions in 1929 and 1930, headed by O. Schmidt. The first year, a polar station on Frantz Josef Land was established where Georgy Sedov had wintered, becoming the world's most northern settlement. The next year, another station was located on Domashniy Island near the western coast of Severnaya Zemlya. From 1930 to 1932 a special expedition determined that the archipelago of Severnaya Zemlya consisted of four larger and a number of minor islands, filling in the last "white spots" on the map of the Arctic.

In 1933 the second sailing from Murmansk to the Pacific Ocean was undertaken by the icebreaking steamer Cheluskin. There she was taken by the current northward through Bering Strait, trapped in the Chukchi Sea pack ice, and crushed and sank. The expedition members escaped to the ice, organized a camp, and were rescued with the help of aircraft. The icebreaker Litke first navigated along the Northern Sea Route without accident from Vladivostok to Murmansk in 1934. In 1935 the first commercial cruises were carried out by two cargo steamers each way between Murmansk and Vladivostok, proving the practical possibility of safe navigation in the Arctic seas. Gradually the Northern Sea Route was supplied with more powerful icebreakers and reliable radio communication, new ports were founded along the coast, and the network of polar stations increased.

While carrying out oceanographic observations in the Laptev Sea in 1937, the icebreaking steamers Sedov, Sadko, and Malygin were trapped in the ice for the winter. In August of the next year the icebreaker Yermak got through the ice to the ships (at that point drifting at 83°N) and led Sadko and Malygin out of the ice to the open sea. Sedov's steering was seriously damaged and could not get out of the ice, so she was converted into a drifting research platform. Altogether Sedov was held fast by the ice for 812 days and reached as far north as 86°39'N. Soundings revealed that the depth of the Arctic Ocean was much greater than previously thought. The year round observations from the high Arctic proved that the weather there is less severe than at its margins. Ice and snow observations received great attention and were measured every 10 days. The drift began while the first "North Pole" drifting station was manned, providing comparable observations. Soon after the start of the drift, Sedov moved into the region where the Fram drifted 40 years prior, and finally drifted out into the Greenland Sea in January 1940. 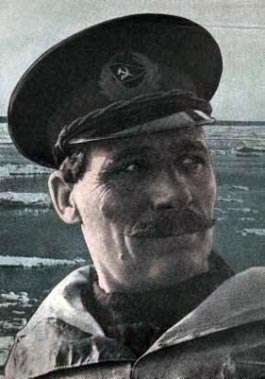 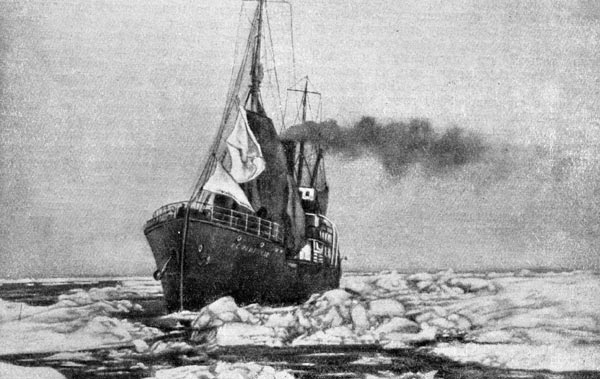 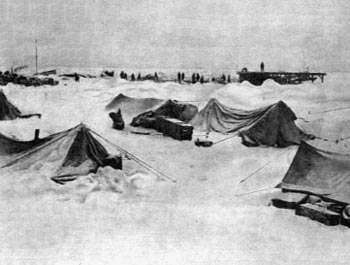