In 1806, William Scoresby set a record for Farthest North by attaining the latitude 81°30'N on the whaling ship Resolution east of Spitsbergen. But it wasn't until after the end of the Napoleonic Wars in 1815 that the British Admiralty under John Barrow renewed the search for a Northwest Passage. They desired to prove a prominent theory of the time: the existence of an 'Open Polar Sea' beyond the boundaries of the pack ice (which we now know is false). In 1818, a dual expedition attempted to explore both objectives, but only the expedition led by John Ross made pioneering voyages to the northwest. Ross' second-in-command, Edward Parry, returned the following year to explore Lancaster Sound and prove that Baffin Bay was not landlocked, as Ross had suggested. Parry's expedition was also the first to winter over in the Canadian Archipelago. Also in 1819, a young John Franklin set out on a land expedition up the Coppermine River to explore the north coast of America. Parry's second voyage sought the passage through Hudson Strait from 1821 to 1822, but to no avail. Franklin set out again in 1825, this time up the Mackenzie River, exploring the north coast westward to Russian Alaska, and eastward to Coppermine. By now, only the area between Point Turnagain and Repulse Bay remained unexplored.

In 1829, John Ross returned to hunt for the passage, although it was his nephew, James Clark Ross, who made the discoveries, including locating the North Magnetic Pole in 1831. After being trapped in the ice for several winters, Ross' ship eventually had to be abandoned, and it was 4 years before the expedition returned home. Searching for the Ross party, George Back explored the Great Fish River in 1833-1834. Between 1837 and 1839, Peter Warren Dease and Thomas Simpson connected the coastline from Coppermine River to Great Fish River.

Since his second expedition, Franklin had always wanted to be the first to find the passage, but it was not until 1845 that he was entrusted to do so. Two ships and 129 men departed optimistic that they would connect Lancaster Sound with the waterways west of Point Turnagain, but none would return. Over the following ten years a massive search operation ensued, including 40 ships. This effort resulted in the mapping of most of the remainder of the Canadian Archipelago.

Lady Jane Franklin was very persuasive in garnering the support of the Admiralty, the President of the US, and the Czar of Russia to search for her husband, even when all hope was lost. James Clark Ross was dispatched in 1848, and nearly happened upon Franklin's 3-year-old trail, but turned back. The season of 1850 saw a total of six expeditions to the north. Most notably, Robert McClure rounded Point Barrow (the top of Alaska) and headed eastward along the coast to the Beaufort Sea seeking Franklin's assumed exit. Meanwhile, 21 sledge parties were sent out in every direction in 1851, including one led by Francis Leopold McClintock. Exploration of the north by the US was also instigated, including Elisha Kent Kane's search of the northern regions of Baffin Bay from 1853 to 1855.

McClintock was in charge of the 1859 expedition that finally discovered in a cairn left by Franklin's expedition on King William Island, which told of the death of Franklin and 24 others, and of abandoning the ship. This cleared the Franklin mystery at last, and attention turned away from the Northwest Passage to attainment of the North Pole. 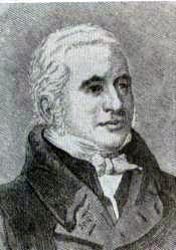 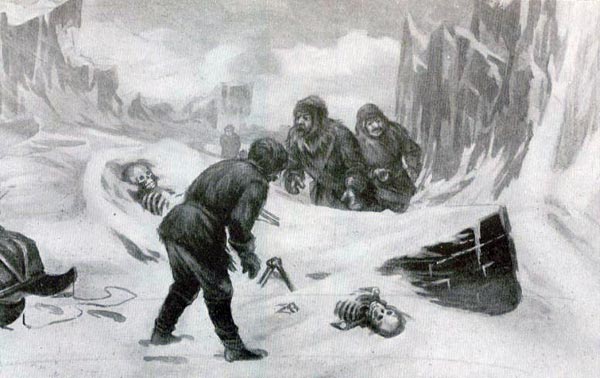