An attempt to verify Petermann's "Open Polar Sea" theory was launched by US naval officer George Washington De Long, who was able to convince newspaper proprietor James Gordon Bennett to sponsor a cruise to reach the North Pole via the Bering Strait. Departing in 1879, the small steamboat Jeannette was trapped in the ice for two winters, and eventually crushed and sank. Some of the crew survived a harrowing ordeal that included hauling tons of supplies and three boats over hundreds of miles of ice, a blizzard swept voyage, and an arduous trek across the Siberian tundra.

The first International Polar Year was established for 1882-1883, where eleven nations pledged to establish 15 new observation stations in the Arctic and Antarctic. The most remote locale was a US station at Lady Franklin Bay, under Army officer Adolphus Washington Greely. Besides scientific observations, it was a less publicized goal to reach the North Pole, or at least beat the English Farthest North. Twenty-five men wintered over twice at the station which they called Fort Conger. Marred by close circumstances, clashing personalities, long periods of darkness, failed supply efforts and starvation, only 6 survived.

On the web: Greely Expedition Directory 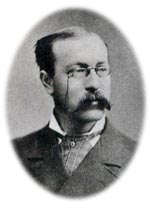 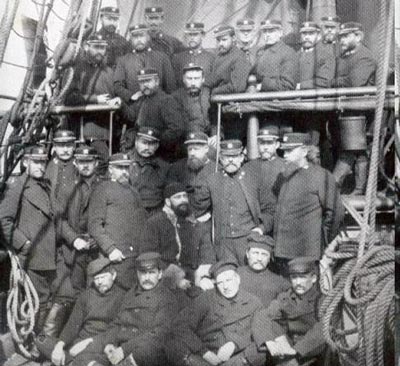