While Soviet postwar activities in the Arctic were unknown to the west until 1954, the US Air Force began B-29 reconnaissance flights to the region beginning in 1946. Surprisingly, several large ice masses were spotted in the deep basin, which were later determined to be icebergs which had broken off and drifted from the ancient glacial ice foot of northern Ellsmere Island. By 1951, daily reconnaissance trips to the Pole were being implemented, and the drift of three large ice island targets (T-1, T-2, and T-3) were being tracked. The following year, the Alaska Air Command organized Project ICICLE in order to establish a weather station on one of the ice islands and conduct geophysical research. Joseph O. Fletcher was put in charge of the project, and ice island T-3 was selected as the site.

In March 1952, a C-47 aircraft from Thule Air Base landed on T-3, which was seven miles long and protruded 50 feet above the surrounding icepack, and the station was installed. Insulated huts were flown in sections to the ice island (which was renamed "Fletcher's Ice Island") and assembled by members of the military. Scientists (led by Alfred P. Crary) arrived soon after and performed numerous scientific investigations including hydrographic measurements, seismic soundings, and meteorological observations. The station was abandoned in May 1954 (when the weather observations were deemed redundant with nearby Canadian weather station Alert) but was reoccupied from April to September 1955.

The International Geophysical Year (IGY) planned for 1957-1958 stimulated interest in the US for occupying two drifting stations in the Arctic. Project ICESKATE (again under the command of Fletcher) was formed to install station ALPHA on a drifting ice floe, and station BRAVO would reoccupy T-3.

In April 1957, the first ski-equipped C-47 landed at 79ºN, 159ºW in order to install the ALPHA camp. By the end of May, a 1500 m long runway and most of the camp's 26 Jamesway huts had been completed, and scientific operations commenced. Typically between 25 and 30 military and scientists manned the camp at any time. During April of the following year, the ice floe began to crack, and the camp was moved 2 km away. Drifting generally north then east, ALPHA was visited by the submarine USS Skate in August 1958. Afterwards, the ice began cracking and ridging again so the camp was finally abandoned in November. However, there was still interest in continuing research started at ALPHA, so in April 1959, station CHARLIE (also known as ALPHA II) was established at 75°N, 158°W by the Alaska Air Command, with assistance from the Navy's Arctic Research Laboratory in Barrow, Alaska. Scientific work was conducted from June 1959 until January 1960, when the ice floe cracked, shortening the runway so that CHARLIE had to be evacuated.

Meanwhile, in 1957 the Northeast Air Command established BRAVO on T-3 by bringing in 42-foot long commercial house trailers on C-130s equipped with skis. The reoccupied ice island drifted west off of the north coast of Canada, arriving in Alaska waters by July 1959, where air support responsibilities were transferred to Alaskan bases. In May 1960, the ice island went aground at near Wainwright, Alaska, making study programs ineffective. The following year, in October 1961, it was abandoned again, with the station left intact for possible future use.

The Navy was still eager to continue operations in the Arctic, so as a replacement for CHARLIE, the Arctic Research Laboratory (under Max Brewer) sought to install a drifting station in May 1960, but balked at the costs required to charter a C-47 for the installation. As a result, the following September icebreaker Burton Island was used to transport the equipment to 75°N, 137°W, and the Arctic Research Laboratory Ice Station I (ARLIS I) was constructed in 40 hours with help from the ship's crew. Though intended to support 8 scientists and 4 camp personnel, ARLIS I never achieved a full complement. Small Cessna-180 aircraft were used for resupplying the station as it drifted westward, but upon approaching the range limit of these aircraft, the station was evacuated in March 1961.

For the second Arctic Research Laboratory Ice Station (ARLIS II), a more permanent drifting ice station was desired, but with T-3 grounded, a tentative site on an ice floe was selected. However, during deployment in May 1961, chance resulted in the finding of a 3.5 by 1.5 mile ice island north of Point Barrow at 73°N, 156°W. Using R4Ds (the Navy equivalent of the C-47) and Cessnas, all of the equipment to outfit the 14 prefabricated buildings was transported to the ice island in 22 days. Scientific operations commenced in June 1961, and continued all the way into 1965. Resupply of ARLIS II during the first year was carried out by Cessnas, later by airdrops from Lockheed Lodestars, by the icebreaker Staten Island twice in the summer, and by R4Ds. As the ice island drifted farther north, away from Barrow and across the Arctic Ocean between 1962 and 1964, resupply from Alaska became a bigger problem involving longer flights, fuel drops, intermediate stops, and sometimes other aircraft from the USAF and RCAF.

While ARLIS II was drifting away from Barrow, T-3 was rediscovered in February 1962 over 100 miles north of where it had been previously grounded. The Arctic Research Laboratory reoccupied the ice island, refurbished the buildings, and the Navy was formally given the station which served as a second drifting station and a fuel depot for the flights to ARLIS II. ARLIS II reached the most northern point of its journey at 88°39'N in December 1963 and eventually drifted out through the Fram Strait with the East Greenland Current, with supply operations now proceeding out of Keflavik Naval Station in Iceland. ARLIS II was evacuated in May 1965 by the icebeaker Edisto after 47 months and 18 days of continuous operation during which it was used by 14 different research projects, including 337 different scientific and support personnel. Upon completion of ARLIS II, a full occupation of T-3 by the Arctic Research Laboratory was initiated in September 1965, which had completely circled the Beaufort Gyre. It remained in continuous use until 1974, was last visited in 1979, and eventually drifted through the Fram Strait in 1983, after being monitored for over 30 years.

In addition, while the ARLIS II and T-3 ice stations were occupied, the Arctic Research Laboratory established two temporary drift stations northeast of Barrow primarily for studies of telluric currents, geomagnetic variation and micropulsations, and aurora. ARLIS III was established in February 1964 and was evacuated in May of the same year, while ARLIS IV operated between February and May of 1965. 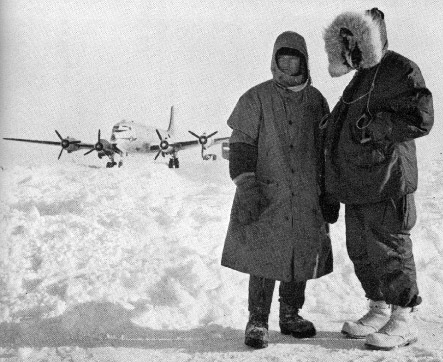 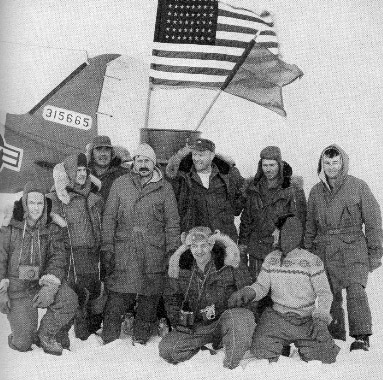