In 1930, Sir Hubert Wilkins acquired the submarine O-12 from the US Navy. He outfitted her and renamed her Nautilus, and prepared an undersea expedition to the North Pole. The leader of the scientific staff was Harald U. Sverdrup, who was to make measurements from a specially rigged diving compartment. The submarine headed north into the pack ice north of Spitsbergen in August 1931, but when the diving plane became damaged, the submarine could no longer cruise very far under the ice, and was relegated to making oceanographic observations outside of the ice pack. However, the Nautilus did make several short runs under ice, indicating that submarines could feasibility operate in and under the ice pack.

Fifteen years after Wilkin's expedition, in 1946, the Navy organized an expedition of the Kane Basin, codenamed Operation Nanook. A specially outfitted submarine, the Atule, was to carry out submarine operations under the ice in Baffin Bay and to the north. The next year, with better ice sounding technology, submarine operations were also conducted under the ice in Bering Strait. In 1952, the Redfish joined the icebreaker Burton Island and reached McClure Strait, and the following year, with the Northwind, retraced the route part of the way. Up to this point, the submarines operating in the Arctic were mostly traveling among the ice floes, rather than below the ice pack.

The world's first nuclear submarine was also called the Nautilus, and was built in 1952. On its third try, it attained the North Pole (but did not surface) in summer 1958, while crossing the Arctic from the Bering to Fram Strait in 96 hours. The same year, the nuclear powered submarine Skate visited drifting ice station Alpha, and six months later became the first vessel to surface at the Pole. The Soviets arrived in 1962 on the Leninski Komsomolets, and the British made the crossing on the Dreadnought in 1971.

On the web: Arctic Submarine Laboratory 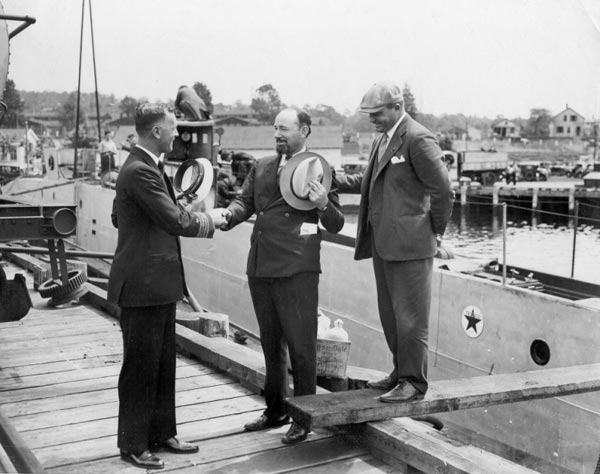 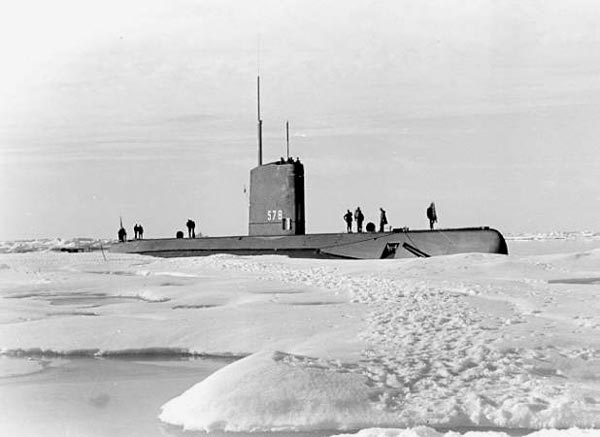