The Arctic Ocean Hydrographic Expedition represented a sustained and impressive effort by the Imperial Russian Navy to explore, survey, and chart the Northern Sea Route with a view to developing it as a commercial route. The expedition was provided with two specially built icebreaking research vessels, Tamyr and Vaygach. The two ships made a brief sortie through Bering Strait into the Chukchi Sea in the fall of 1910. Thereafter, for the following three years, they pushed steadily farther west along the arctic coast of Siberia, sounding, surveying, and pursuing scientific work as they went. They returned each year to Vladivostok for the winter. In 1914 they were ordered to attempt the through-passage to Arkhangel'sk (in part because of the anticipated need for icebreakers in the White Sea in the event of the outbreak of war). Both icebreakers became beset in the eastern part of the Kara Sea and both suffered some damage from ice pressures, but having survived an enforced wintering they reached Arkhangel'sk safely in the fall of 1915. Apart from the impressive volume of scientific data which it accumulated, the major attainments of the expedition were the first Russian landing on Wrangel Island (in 1911), and the discovery (in 1913) of the archipelago of Severnaya Zemyla (originally named Nikolay II Land).

Unfortunately, 1912 was also a very tragic year for Russian explorers when unbroken consolidated ice blocked the way in the Kara Sea and three expeditions failed: Sedov's on the vessel St. Foka, Brusilov's on St. Anna, and Rusanov's on Hercules. Georgy Sedov intended to reach Frantz Josef Land on ship, leave a depot over there, and sledge to the pole. Due to the heavy ice the vessel could only reach Novaya Zemlya the first summer and wintered in Franz Josef Land. In February 1914 Sedov headed to the Pole with two sailors and three sledges, but he fell ill and died on Rudolf Island.

Georgy Brusilov attempted to navigate the Northeast Passage on a schooner, was trapped in the Kara Sea, and drifted northward for more than two years reaching latitude 83°17 N. Eleven men left the vessel and started across the ice to Frantz Josef Land, but only two arrived three months later. The survivors brought the ship log of St. Anna, the map of her drift, and daily meteorological records, but the destiny of those who stayed onboard remains unknown. In the same year the expedition of Vladimir Rusanov was lost in the Kara Sea. The prolonged absence of those three expeditions stirred public attention, and a few small rescue expeditions were launced, including Nagursky's five air flights over the sea and ice from a base on Novaya Zemlya. 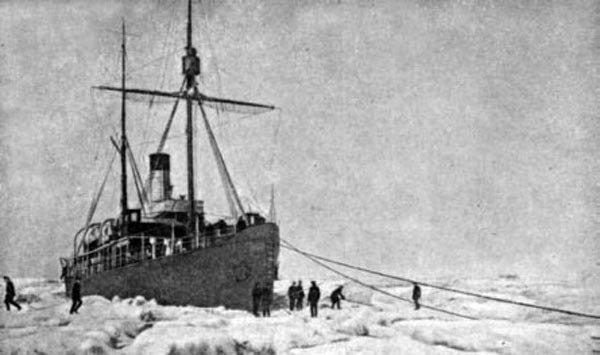 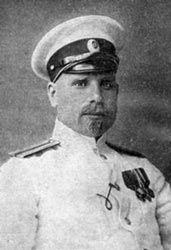 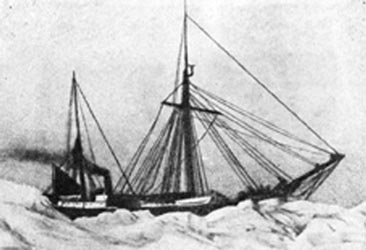